Are you about to type out “what’s the word” in a text message? Save yourself some time and effort and use the abbreviation “wtw” instead. This post unpacks the meaning and origin of this expression. 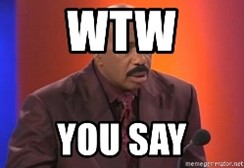 The abbreviation “wtw” stands for “what’s the word?” It’s a greeting similar to “what’s up?” or “what’s going on?” It’s a way to ask someone how they are doing or ask them for information when you arrive at a situation and need someone to fill you in on the events you missed.

“What’s the word?” is a common street slang greeting between friends. You can use it in real conversations in varying degrees of tone to describe the meaning of the expression. For example, using the saying with a curious tone means you want to know what’s going on with the person or the situation.

“wtw, bruh. It’s been a minute since I saw u. What’s going on in ur life? U got exciting stuff goin on, or u chillin?”

“wtw, girl? I was hanging out with Marcy the other day, and she told me u dating Craig now? Is that for real? How did you manage to land him?”

Yo Mike, wtw good buddy? It’s been a while since we saw u down here at the ranch. Ru ever thinking about coming down on vacation again?”

“wtw, man? Have u heard anything back from the lawyer yet? Let me know as soon as u get off the phone with him. I’m panicking over here.”

“So, wtw over there? Is everything all right with u guys? We heard the riots were pretty nasty, and some people got hurt. Did u c any of that?”

“Listen, guy, wtw? I know u keeping something from me. I can sense it in your texts. Just let me in on the real deal, and we’ll both feel better.”

“wtw? Are u guys going to Coachella this weekend? Let me know if I can get a ride with u, I’m stranded now, and I don’t want my tix to go to waste.” 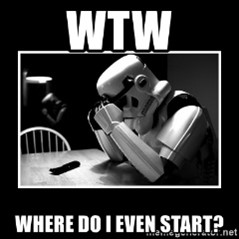 The abbreviation “wtw” originates from text messaging. From around 2005, cellphones gained mass adoption, with everyone learning the benefits of text messaging services.

Before the invention of QWERTY keyboards, people would shorten phrases so they wouldn’t have to type as many characters.

Abbreviations like “lol” reduce the need to spell three words, and you can add emphasis to it by spelling it in caps “LOL.” Abbreviations for phrases became commonplace, and they stuck, even after introducing QWERTY keyboards to mobile devices.

The phrase “what’s the word?” comes from street slang in the African-American community. The saying goes back as far as the 40s as a way to ask someone what’s going on.

“What’s the word” spread in mainstream use as a greeting during the 1990s with the rise of hip-hop culture. It became commonplace as a greeting in the 2000s and remains a favorite greeting today.

Phrases Opposite to WTW

When using “wtw” in text messages, you’ll be using it in the lower-case format most of the time. It’s rare to type these abbreviations in capital characters. If you text someone in all-caps, it means that you’re shouting at them, and they might take offense to it.

You can use “wtw” in your text message communications with friends. It’s another way of asking them, “what’s up?” or “how are you doing?”

Typically, you’re asking a person for any recent news or events in their life and if they experienced anything interesting happen to them since you last spoke.

“wtw” means you could be looking for specific or general information for the other person, depending on the context of your conversation.

The phrase suits use in social test messages. It’s unsuitable for professional communications with your boss, manager, or clients.