Are you looking for a way to tell someone that their behavior is unacceptable and outside the norm of what is reasonable? If that’s the case, you could use the expression “beyond the pale.”

The meaning of the expression, “beyond the pale,” is to describe the appalling actions of others. It’s a description that they took their actions or words too far, pushing the limits of acceptable behavior. It’s a popular term among politicians who use it to defame opponents’ actions.

The movie “Apocalypse Now,” featuring the rogue colonel, Kurtz, played Marlon Brando, famously uses the line in the film, and that’s where it entered pop culture as an idiomatic expression. The journalist Paul Ryan used the phrase to condemn racist comments made by former president Donald Trump.

“The actions of the former president on foreign we so beyond the pale, so far out there, that no-one in their right mind would agree with him on anything.”

“Those ideas are pretty beyond the pale, even for me. You better find someone else to go along with that because that is simply crazy.”

“There is no way that’s true. That would be so beyond the pale that if anyone found out about that, his campaign would never recover.”

“That statement is truly beyond the pale. It shows your complete lack of being in touch with the average American and the real reasons why we were at war for so long.” 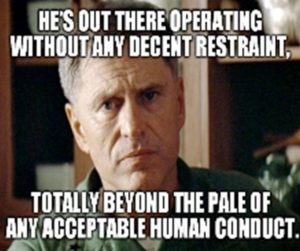 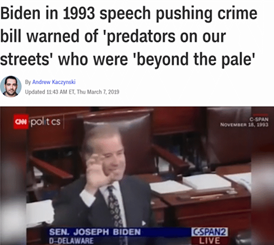 The origin of “beyond the pale” goes back to the 14th century in England and Ireland. The four eastern counties of Meath, Louth, Dublin, and Kildare were the “obedient shires” and the only part of Ireland remaining under the control of the English crown.

People would mark the “King’s perimeter” using wooden fencing known as “pales.” The settlement would fortify the boundary over the centuries, providing protection against cattle and livestock feed ransacking.

“Beyond the pale” evolved to a colloquial phrase over the centuries, and it remains in use today. Politicians and media personalities will use the term to describe horrible actions or decisions taken by other leaders.

Phrases Similar to Beyond the Pale

Phrases Opposite to Beyond the Pale

Ways People May Say Beyond the Pale Incorrectly

Some people may use the phrase when confusing it with “beyond the veil.” The difference between the phrases is that the use of “veil” refers to the unknown. The use of “pale” refers to the limit of what we find tolerable or acceptable. So, using the phrase to describe actions beyond human physiology and the paranormal would be the incorrect use of the expression.

Acceptable Ways to Phrase Beyond the Pale

You could also use the phrase to describe the behavior of governments. For instance, the atrocities of some governments in foreign countries reshaped the world’s future. The actions of the leaders were beyond the pale of what was acceptable under the war crimes act.