Are you in the chat, and someone drops “kisama” as a reference to you after you kicked them out of the game? What does this expression mean? Are they swearing at you or thanking you?

This post unpacks everything you need to know about the origin and meaning of this idiomatic word.

Kisama is a Japanese word and a pronoun with the direct translation to “you.” While it’s a Japanese term, it found its way into the English language through the Western adoption of anime. The phrase originally started with the meaning of “you,” referring to nobility.

However, the modern use of the phrase has a totally different meaning, and it’s more of an insult. You can think of the word as similar to other foreign words like “cabron,” with a derogatory meaning to the other person.

Today, the word is highly offensive to Japanese people. Using it in a conversation to refer to the said Japanese individual might land you in a lot of trouble with them.

“Kisama, you’re asking for trouble; I suggest you back off right now.”

“Listen, Kisama; if you keep killing me, I’m going to dox you; I know your IP address.”

“Hey, Kisama, what do you think you’re doing over there?”

“Yo, Kisama, come over here for a minute.” 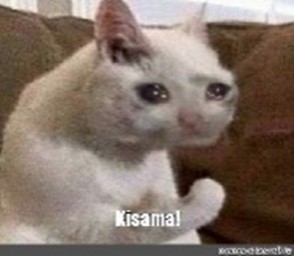 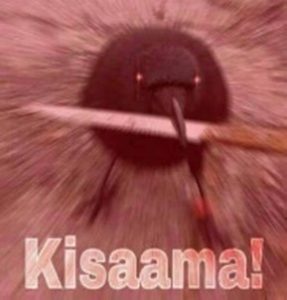 “Kisama” traces back to ancient Japan and the Samurai days. The word appeared at the end of the Sengoku dynasty, acting as a formal way of addressing a letter from one warrior to another.

“Kisama” entered the everyday language in Japan in the Edo dynasty. However, at the time, there were regulations in place governing the appropriate terminology used in conversations among Samurai and nobility in Japan.

Experts believe the peasants would use the term in reverence to address people with higher status than them in society. However, later in the Edo dynasty, the word would start to change its form, becoming an insult rather than a compliment.

The word morphed into use for addressing friends and family and degenerated into describing people of lower social standing. Essentially, the word’s meaning did a 180-degree turn from its original use.

By the start of the Meiji dynasty, the word lost its polite and respectful meaning, turning into a derogative comment with contempt.

Phrases Opposite to Kisama

Some people may use the word “kisama” when attempting to use the word in its original meaning of “friend.” However, the definition changed over the years, and you’re likely to offend the person, not please them. You also wouldn’t use the phrase around people who have no manga background or understanding of the culture. Saying “kisama” to a Japanese person is highly offensive.

You can use “Kisama” in social situations with friends and online chats and message boards. Kisama is a popular meme, and most people that enjoy watching manga will understand the use of the term. You can use “kisama” between your friends in much the same manner that you would use other foreign words like “cabron.”