Are you listening to Bad Bunny? Do you understand what he means when he uses the word ‘bichiyal?’ This post unpacks the meaning and origin of this expression.

The expression ‘bichiyal’ is a Puerto Rican term describing a woman. She dresses well and uses plenty of make-up in an attempt to attract a man who has money. When you see a bichiyal in the street, they might confuse you into thinking that they’re a classy woman. However, the reality is they live in poverty, and they don’t have any wealth.

Bichiyal is a mashup of the words’ bicha‘ and ‘yal.’ A ‘bichiyal‘ is a woman who lives a privileged life in upper-middle-class neighborhoods while visiting the poorest communities.

“Check out that bichiyal over there. Man, she’s pretty, but you can see she’s from the hood and trying to act like she’s not.”

“This girls behavior is unacceptable. I thought she was a classy broad because of the way she dresses. Give her a few drinks, and she turns into a real bichiyal.”

“What’s the point of dating any girls from this community. It’s like they all grow up to be a bichiyal. I’d look for other options if I was you.”

“We all like to have fun from time to time, but those bichiyal girls keep drinking the entire way through the night. They look classy, but they’re proper animals.” 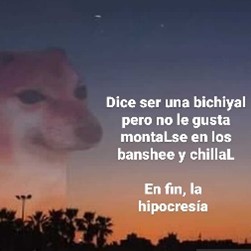 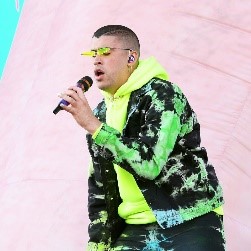 The expression ‘bichiyal’ originates from the Puerto Rican rapper Bad Bunny. Bad Bunny is one of the most successful hip hop artists from the island nations, and he coined the expression in February 2020 when he dropped his studio album, ‘YHLQMDLG’ (an acronym for Yo Hago Lo Que Me Da La Gana, or ‘I Do Whatever I Want’).

While bichiyal is a new term, its constituent parts, ‘bichi’ and ‘yal,’ have a long history in Puerto Rican culture. Puerto Rico was a big part of the reggaeton industry for decades, even as the genre waned during the late 1990s and early 2000s.

The fiscal slump experienced by the island nation in 2010 saw the return of the word “yal” for describing broke women that dress fancy and use loads of makeup to appear financially stable. Around this time, the term ‘yal’ jumped into reggaeton lyrics.

The word described a stereotype of the island’s poor women. A 2014 viral video by Alex Díaz mocks a ‘yal’ as a girl who’s “always wearing a dubi” and “15-inch hoop earrings.” She has the latest iPhone but lives off government assistance programs.

The term ‘bichiyal’ refers to a Puerto Rican woman. It’s a somewhat derogatory slur to women, and using it could land you in trouble if you say it to a girl in a face-to-face situation. Since it’s a Puerto Rican term, white people using the word may face allegations of racism from woke people if they use it on social media or in conversations.

You can use ‘bichiyal’ when referring to a Puerto Rican woman that looks snobbish and ‘bitchy.’ Term suits social use, particularly on social media. However, since it’s a uniquely Puerto Rican term, people that don’t speak Spanish or aren’t fans of Bad Bunny.

You can use the term when talking with friends, but you wouldn’t say it to someone’s face unless you want to start an argument or verbally abuse someone. You can use the phrase online in forums and streaming chats when discussing Puerto Rican women or Bad Bunny.