Are you wondering what the viral trend ‘ciusism’ on TikTok means? Don’t worry. You’re in the same situation as millions of other users.

The expression ‘ciusism’ doesn’t have any meaning. It’s a nonsense word and part of a social experiment conducted by a TikTok user on the social media platform. TikTok user @gadonkoze decided she would post the word and ask people to post it throughout the site without offering an official explanation for the term.

Many TikTok users liken the use of the ‘ciusism’ term on TikTok as a kind of cult. However, some users suggest it’s just a made-up term featuring her surname and business, ‘Cius Photography.’ @gadonkoze posted the comment with a video, which users describe as a form of hypnosis, thus its cult-like connection.

The video has more than one million views on TikTok. So, we can assume that @gadonkoze’s social experiment was a resounding success.

“Have you seen that viral hashtag on TikTok, ‘Ciusism?’ What does it mean? I’ve been researching it for over an hour, and no one has a genuine definition for it.”

“What does ‘ciusism’ mean? Can’t I find any information on it? Did someone just make it up? Or is it a real thing? I can’t decide what to believe with this.”

“Are you going to post a video on that hashtag ‘#Ciusism?’ It’s trending right now, and loads of people are talking about it. I think you could get some traction from it.”

“Do you have any idea what that word ‘ciusism’ means? I’ve been looking through Reddit posts, and no one seems to know what it means or stands for.” 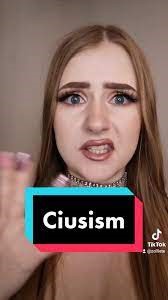 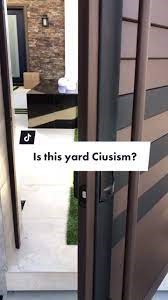 The expression ‘ciusism’ originates from the social media platform TikTok. User @gadonkoze (Waceline Cius) started the viral trend in February 2021 by asking other users to comment on their experience with ‘ciusism.’

However, she didn’t explain what ciusism’ was, listing the post in the comments section of the ‘For You’ page.

“This is an experiment. You can either interact with this video, or you can leave.”

“Oh, you’re a curious one. Careful with that, I wouldn’t want you to be led astray. Speaking of being led, in the next video that comes up, I want you to comment ‘ciusism’ with no explanation. Let’s see how far this travels.”

So, it looks like ‘ciusism’ is nothing more than a social experiment, with Waceline simply wanting to see the reach she could get with the trend. As the word spread around TikTok, users started erupting in confusion.

Phrases Opposite to Ciusism

The term ‘ciusism’ on TikTok has no official meaning. Therefore, there is no incorrect way to use the word, as it has no definition. However, some people think it’s an attempt at starting a cult.

You can use the term ‘ciusism’ to describe the viral trend circulating on the social media platform TikTok. The word describes a group of people participating in a huge social experiment. There is no official meaning of the term, but some experts believe it’s an attempt to create a cult. You can use the phrase when referring to the cult-like behavior displayed by many users posting on the hashtag trend.

TikTok is the only social media platform where ‘ciusism’ circulates, and it didn’t trend on Instagram or YouTube. The trend has since died out, and there is no official explanation as to why it was popular in the first place.