Did you have a vivid dream last night? Maybe you experienced a ‘fever dream.’ This post unpacks the meaning and origin of this expression.

The expression ‘fever dream’ refers to a vivid dream state that feels real to the initate. It’s similar to ‘lucid dreaming,’ but you have no control over where the dream takes you.

However, the experience feels real, and you’ll wake from a fever dream in confusion, thinking that it was something that took place in reality.

Fever dreams don’t have to accompany a fever caused by illness. The term morphed during the 1900s to mean any dream experience that feels remarkably real to the person.

“Wow, I had this hectic fever dream last night, and it felt like it was so real. I woke up this morning and couldn’t remember the dream properly, but I just remember it being so vivid.”

“I’ve had fever dreams before when I got sick with that virus. They were intense, and I remember them feeling real. I wonder why it has that effect on me?”

“The fever dreams will be intense and realistic when they arrive. Make sure you have some water next to the bed when you wake up because your mouth might be dry.”

“I don’t mind having ‘fever dreams. It’s the fever nightmares that I find disturbing.” 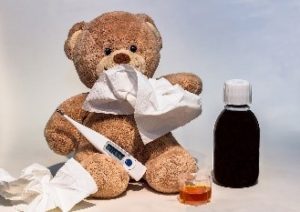 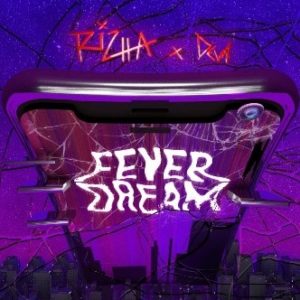 The expression ‘fever dream’ originates from the early 19th century. People use it to describe the vivid dreams experienced by westerners visiting Africa. They experienced bites from mosquitoes carrying malaria, leading to infection and long bouts of fever that sometimes resulted in death.

During the fever, the patient would experience delusions and vivid dreams. The first known written reference to ‘fever dreams’ comes from a letter penned by Samuel Taylor Coleridge in 1801, which reads as follows.

“Even the Forms which struck terror into me in my fever-dreams were still forms of Beauty.”

The Oxford English Dictionary states fever dreams could have older origins. It may derive from the German phrase, ‘Fiebertraum,’ translating to ‘fever dream.’

Phrases Opposite to Fever Dream

A fever dream is not the same thing as a lucid dream. Lucid dreaming is a technique employed by initiates where they control the dream process. The initiate identifies something in their dream anchored to their physical experience, such as a red ball. When they see the red ball in the dream, they realize they’re dreaming and can control what they do in the dream state.

You can use the expression ‘fever dream’ to describe a vivid, almost lucid, dreaming experience. It’s common for people who experience a high fever to become delusional, and they usually have wild visions or dreams during their ordeal.