Are you about to text a friend? You could open the conversation with ‘HYB’ to ask them how they are.

The acronym ‘HYB’ comes from the world of texting, which stands for ‘How You Been?’ It’s grammatically incorrect, but we’re dealing with informal text communications. There’s little reason to be grammatically correct in these exchanges.

The acronym has several other meanings, including ‘Hell Yeah Brother!’ and ‘Handle Your Business.’ However, the most common use online is ‘How You Been?’ The phrase is a greeting to ask the other person how they have been keeping since you last saw them.

“Hey buddy, HYB? It’s been a while since we last spoke, and I thought I’d check in with you to see how you’re doing.”

“HYB? I haven’t heard from you in ages. Someone told me you went to Hawaii for the summer. How was your trip?”

“HYB? Tim told me you were in a car accident. Are you okay? I hope there are no serious injuries. I wish you a speedy recovery, my friend.”

“What’s up with you? HYB? I haven’t seen you all summer. What have you been up to? Someone told me you got held back in summer school. Is that true?”

“HYB? I was thinking about you this morning and thought it’s been too long since we chatted. I miss hanging out with you.” 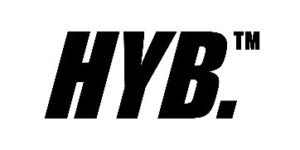 The acronym ‘HYB’ originates from text message communications. The first recorded entry of the term in the Urban Dictionary was in 2010. However, some language experts believe it may have been used as early as 2004.

During the early days of cell phones, people would use abbreviations to prevent the need to type out an entire word or phrase. It reduces the time required to create the message and makes for easy reading by the recipient.

Phrases Opposite to HYB

‘HYB’ is an acronym suitable for text communications. You wouldn’t use it in verbal exchanges, as it’s easier just to say the words and prevent confusion with the person you’re speaking to. You wouldn’t use it when texting your parents or grandma, as they might not understand the acronym’s meaning.

You can use ‘HYB’ as a replacement for ‘How You Been?’ in texts and email conversations and when posting on message boards and forums online. It’s a common expression and well understood by Gen X, Millennial, and Gen Z demographics. The term is a way to save time typing out the entire question. The phrase is not suitable for professional communications.

‘HYB’ is another way of asking someone how they are doing or what’s going on in their life. It’s usually an opening statement and substitution for saying ‘Hi.’ Using ‘HYB’ shows you have an interest in the person’s life and their well-being. Most people will answer the question with ‘fine’ or ‘great,’ and they’ll reply with the same to you.