Are you wondering what your friend is up to this weekend? You could type them a text saying ‘jw‘ what they have planned. This post unpacks the meaning and origin of this expression.

The acronym ‘jw‘ stands for ‘just wondering.’ It’s a common text abbreviation used in text messages, email communications, and on message boards, online chats, and forums. If you type ‘jw‘ in a text message, you’re asking a person a question, and you’re unsure how they’ll respond.

By using ‘jw,’ you leave the question open without forcing the other person to make a decision about what you’re asking them. Using ‘jw‘ in text message communications means that you were thinking about someone and want their opinion on something. It’s suitable for casual and informal use online.

“JW, but do you have a spare car battery lying around the garage at home? I’m looking for one for a project I’m working on in my spare time.”

“Hey man, jw, but are you going to the party on Saturday night? I’m not keen to go alone, but I’ll hit it up if you’re going.”

“JW, when did you say you’re going on vacation again? If you’re home next weekend, pull into my place for a barbeque.”

“Hey there, I was jw. What you’re up to this weekend? Do you want to go out for dinner on Friday night? I know this great restaurant in the city with amazing Thai food.”

“Yo, Craig, jw, but do you still have a thing for Carissa? If it’s cool with you, I’d like to ask her out, but I don’t wanna step on your toes.”

“Hey Frannie, jw, are you free on the weekend? I want to book you to come and play at my kid’s birthday party.” 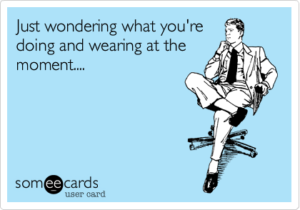 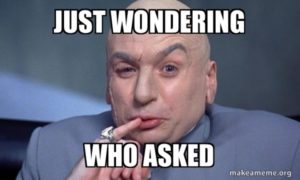 The acronym ‘jw’ originates from text messaging. During the early days of texting in the 2000s, people would have to use the number keypad to type out a message. It took some time to create the text because the user had to press each number button several times to type a letter.

People started creating abbreviations and acronyms for popular sayings to remove the frustration from texting and improve typing speed. These abbreviations are common today, with people choosing to use them, despite the advancement in predictive text technology.

The earliest entry of ‘jw’ in the Urban Dictionary in reference to ‘just wondering’ is in July 2006.

Phrases Opposite to JW

The acronym ‘JW’ means ‘just wondering.’ Using it to describe any other term is incorrect. It’s common for people to type it in lower case instead of capitals when texting friends.

You can use the acronym ‘JW’ in text conversations between friends. If you message someone with ‘JW,’ it means you’re just wondering about something and asking them to fill you in with the information you need. The acronym is strictly for text messaging, and you’ll say both words when using it in a verbal exchange.

‘JW’ is a relatively common abbreviation in texting, but some older generations may not understand it. However, it’s a common acronym used in the Millennials and Gen Z demographics. You can use ‘JW’ as a substitution for ‘just wondering’ in text, social media, email communications, and online message boards and forums.