Are you about to text a girl you like on social media or WhatsApp? If she responds to your greeting with “heyyy,” she’s showing her sexual interest in you. This post unpacks the meaning and origin of this expression.

The expression “heyyy” is a unique word used in “sexting” conversations. It’s easy to assume that this word is simply a typo, but that’s not the case.

If you text a girl to see if she’s interested in you sexually, and she replies with “heyyy,” it means that she finds you attractive, and there is a chance the two of you could be intimate with each other.

The spelling of “Hey” has different meanings depending on how many “y” s the girl adds to the end of “hey.” If she texts you back with a simple “hey” with one “y,” she’s not that into you.

Girl: “Heyyy, I’ve been thinking about you all day. Are you still coming round to my place this evening?”

Guy: “Hey girl, you want to go to the bar for a drink later?”

Girl: “Heyyy, that sounds great. I’m counting the hours. Maybe we can head back to your place afterward?”

Guy: “Hey, girl. I’ve been thinking about u all day, and I think we should hook up tonight. U keen?”

Girl: “Heyyy, I feel the same way. Let’s hook up and see if we like each other.” 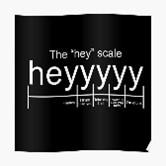 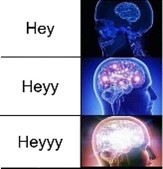 Instant messaging appeared in the late 1990s with the introduction of the cellphone. Before there was WhatsApp and Facebook messenger, people would communicate through SMS. The progression of texting changed over the years, with people abbreviating words. For example, typing “you” is a waste of time and effort, so people replace it with “u.”

QWERTY smartphones and autocorrect appeared sometime in 2008, with Apple and Blackberry dominating the market. Everyone jumped on the bandwagon and started texting.

The earliest use of “heyy” in a flirtatious context appears in the Urban Dictionary in 2009. While it isn’t the correct “heyyy,” it was the predecessor to the term “heyyy.” Don’t confuse it with “hey,” a friendlier version of “hey” with no sexual connotation.

“Heyy” changed to “heyyy” to mean flirting around 2012. Adding the additional “y” was to show that it was an intentional spelling, not a spelling mistake or typo. For example, if a girl texts you back with “hey,” it might mean that they are disinterested in you. “Heyy” might just be a typo. However, “Heyyy” shows intention, and it’s a way of showing interest in someone.

Phrases Opposite to Heyyy

Some people may use “Heyyy” to replace “hey” online. However, the two renditions of the word have totally different meanings. You could use “hey” when replying to a friend’s request, but using “heyyy” will make you seem creepy. The word suits text use only, and it has no application in spoken conversations.

The phrase suits social conversations online. It’s a part of “sexting” culture where you flirt with people online. The term can apply to heterosexual or homosexual relations. If you’re a girl and a guy messages you asking how you are, replying with “heyyy” means you want to see them for intimate relations or think about them sexually.