Is your 40th birthday coming up soon? Don’t worry if you’re feeling “old” or depressed at the loss of your youth. After all, “life begins at 40.” This post unpacks the meaning and origin of this phrase.

“Life begins at 40” is a proverbial saying, meaning that the first 40 years of life help you build the experience and foundation you need to enjoy the last half of your life.

It’s an empowering and encouraging phrase to let people know that mid-life is not the end of your time, but rather, you have plenty to go.

“It’s Joan’s birthday today, and she’s having a hard time adjusting to the fact she’s turning 40. I told her that life begins at 40, and she’s just entering the prime of her life now.”

“Life begins at 40; there’s no reason for you to feel bad about the end of your thirties.”

“Will someone tell Mike that life begins at 40? I’m tired of hearing him complain about getting old.” 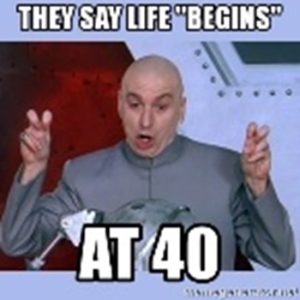 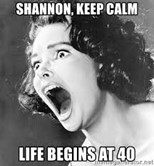 The expression “life begins at 40” is the title of a self-help book penned by American author Walter B. Pitkin in 1932. During this era, nutrition and medical care improved dramatically, and it was only a decade until the discovery of penicillin by Alexander Fleming in the mid-1940s.

As a result, life expectancy started to increase in the US, with more Americans remaining healthy well into their mid-life. Ten years before the book’s release, the average life expectancy was 40-years, but by the 30s, that figure extended to 60 and climbed to new all-time highs every year.

Pitkin’s book was highly successful, earning him international acclaim. A year after its publication, the book was the #1 best-selling non-fiction work in America.

In the book, Pitkin states the following.

“Life begins at forty. This is the revolutionary outcome of our New Era. Today it is half a truth. Tomorrow it will be an axiom.”

Pitkin gets the credit for coining and popularizing the phrase, but he wasn’t the last influential figure of his time to use it in language or print. The singer, Sophie Tucker, used the saying in her 1937 song, “Life begins at Forty,” written by Yellen and Shapiro.

The 19th-century German philosopher, Arthur Schopenhauer, came up with the idea many decades earlier, with his saying, “The first forty years of life give us the text: the next thirty supply the commentary.”

Phrases Similar to Life Begins at 40

Phrases Opposite to Life Begins at 40

“Life begins at 40” is a motivating statement, so using it as a sarcastic reference is less common than the positive version of the expression. Altering the phrase with any other age is also the incorrect use of the saying.

You can use the phrase “life begins at 40” when you’re trying to express that you have the experience, competence, and social standing to get the most out of your life. You could say the phrase at a friend’s birthday party when they complain that they feel old. The saying is a motivating statement to remind the person that life is only starting for them, and the second half of their life will be far more interesting than the first half.