Are you looking for a word that describes someone’s passion for their work or art? You could say they embrace the spirit of “Meraki” with everything they do. This post unpacks the meaning and origin of this expression.

Modern Greeks will say that “Meraki” means that a person gives their all to what they are doing. The phrase can apply to any activity in life. You could be cooking a meal for the family, engaging with customers at your business, or playing with your kids in the park.

It’s also similar to the phrase “doing things with soul,” meaning that you empty your creativity into the project and make it a representation of your ideals and values. If someone says you have “Meraki,” they mean they’re impressed by your enthusiasm and passion for what you do.

“She has the spirit of Meraki in her. She puts 100% of herself into everything she does and commits totally to the project.”

“If you have Meraki, it means that you look passionate about what you’re doing. You look like someone that really cares about their work and enjoys what they’re doing in life.”

“Meraki defines the spirit of passion and care for your work and the things you do in life. Some people confuse it with being detail-orientated, but it’s totally different.”

“Meraki is so important to your life. You need to embrace your passion for every day and every opportunity you get to make a difference in other people’s lives through your work.”

“Embracing the spirit of Meraki means that you have the passion you need to get through the work.”

“When you embrace the spirit of Meraki, the time flies by, and hours turn into minutes while you immerse yourself in your work and your thinking.”

“We can all learn from Joanne and her passion and spirit in the workplace. She is the one employee that fully embraces the spirit of Meraki.” 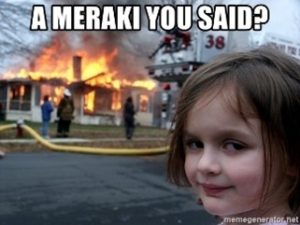 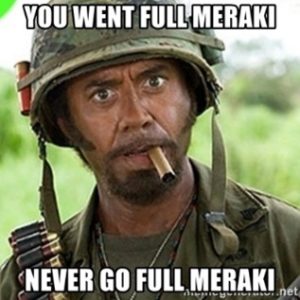 The expression “Meraki” comes from the Greek language. It’s another one of many Greek terms incorporated into English slang and everyday conversation. The Greek language is the oldest in Europe, dating back over 4,000-years. It features more than 5-million words and over 70-million word types.

Language experts are unsure when Meraki first appeared in the Ancient Greek language or when people started using it. There is also no information on when the word first appears in English.

However, many language experts believe it comes from the immigration of Greek people to New York and the east coast of America during the 1920s.

Phrases Opposite to Meraki

“Meraki” is not a Greek insult. It’s common for non-Greek speakers to assume it’s similar to the Greek insult “malaka.” People may also use it to describe situations where people’s passion can become an obsession, but that’s incorrect.

You can use the term “Meraki” to describe someone that looks passionate about what they’re doing. The person could be doing any task, from baking a cake to handing out blankets to the homeless. As long as they look like they care about what they are doing, you could say they are embracing the spirit of “Meraki.”

The phrase suits professional and social use. You could use it at work to describe how an employee launches their sales pitch to the client with a passionate and authentic tone. You could use it at home to explain how your daughter focuses all her attention on completing her macaroni art.