Does your friend complain about his girlfriend not putting the same effort into their sexual relationship? You could say she’s a ‘pillow princess.’

The expression ‘pillow princess’ means a lesbian woman that doesn’t give as much pleasure as she receives in the bedroom. This leads to a frustrated partner and resentment in the relationship.

However, while the term originally referred to a lesbian woman, the modern use of the saying can also apply to straight women with the same bedroom behavior.

“If a person is a selfish lover, then they’re a pillow princess, and you need to have a talk with them. Being a selfish lover breeds resentment in the relationship, and it will affect you both.”

“If there are two lesbians and one of them like giving more than receiving, you can call her the ‘pillow princess’ in the relationship.”

“Why is a selfish lesbian lover called a ‘pillow princess?’ It doesn’t seem like the right choice of words to me, but what do I know.”

“This pillow princess is killing me right now. She won’t do anything to please me, but she expects me to do everything for her. I need a relationship where it’s mutual.” 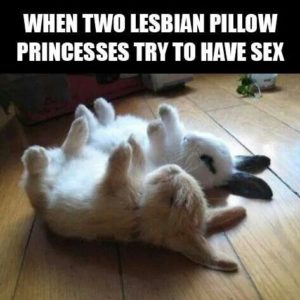 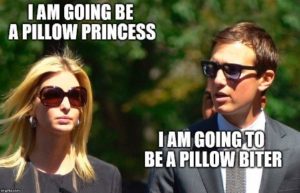 The expression ‘pillow princess’ originates from the LGBT community. The term has been used since the late 1950s to describe a gay person. However, that changed with the development of the LGBT community three decades later.

The first evidence of the term’ pillow princess’ comes from LGBT dating sites. The publication ‘Deneuve’ defined the term as follows.

“Where the butch would initiate and give sexual pleasure while the femme would play ‘pillow princess’ and receive.”

The use of ‘pillow’ n the term implies a passive role in the relationship while expected preferential treatment. The phrase spread into the heterosexual community in the 2010s, referring to a straight woman that doesn’t give the same sexual pleasure she receives.

Publications including top-rated magazines like Maxim, YourTango, Marie Claire, and Elite Daily started using the term in articles around this time in a heterosexual reference.

Phrases Opposite to Pillow Princess

The term ‘pillow princess’ originally referred to a lesbian woman. However, many men use it to describe the same sexual behavior in straight women. The term’ pillow princess’ has nothing to do with pillows. The pillow is a symbol of the bedroom, where sexual activity takes place.

The term ‘pillow princess; is slang. So, it’s only suitable for social interactions. You can use the phrase on social media, in text messages, and in verbal exchanges with friends. It’s a well-known term, and most people understand its meaning.