Are you in support of women’s rights? You could say you’re ‘pro-choice.’ This post unpacks the meaning and origin of this expression. 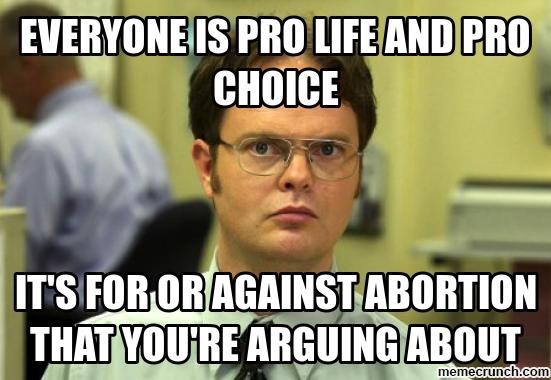 The expression ‘pro-choice’ means that you support women’s rights. The term usually applies to the abortion argument in the United States. The left is in support of women’s rights and abortion. The conservative right is ‘pro-life’ and has an anti-abortion stance on the topic.

People identifying as ‘pro-choice’ believe everyone has a basic human right to decide if they wish to have children. If you’re pro-choice, you believe women have the right to terminate their pregnancy if they chooses to do so.

Typically, the pro-choice movement believes it’s acceptable to abort a fetus before the six-week mark in its development. Pro-choice people argue that the baby is a living creature from the moment of its inception. However, there is a debate surrounding when a baby officially becomes a lifeform and is ineligible for abortion.

“I’m pro-choice. I believe a woman has the right to do anything she wants with her body. No one should have a say over anyone’s bodily autonomy.”

“As a pro-lifer, I have to say that I find these pro-choice people revolting. They believe in killing babies, and I’m not supporting that monstrous practice called abortion.”

“If you’re pro-choice, you believe that you have the right to freedom over what you do with your body. The government and society should have no say over anything you choose in life.”

“Pro-choice is a fancy way of saying, ‘I like to murder unborn babies.’ Abortion is barbaric, and these people need to go to church.”

“So, I take it you’re not pro-choice then? I can’t stand talking to you, religious people. It’s all about God’s law, not the person’s life.”

“As a pro-lifer, I think all pro-choice people should be locked up in prison. Never mind their right to freedom. We should lock them up and throw away the key.”

“The whole ‘pro-choice’ or ‘pro-life’ argument in America is getting out of hand. They overturn ‘Roe Vs. Wade,’ and the whole country goes crazy.” 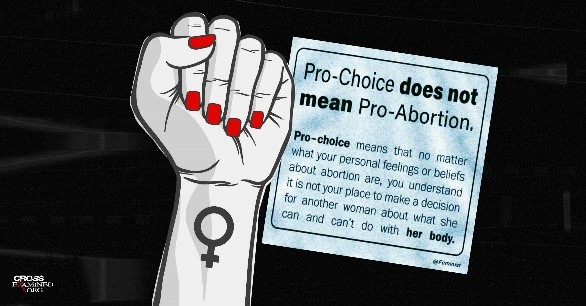 The term ‘pro-choice’ originates from the late 1960s. While ‘Pro-life’ was coined before ‘pro-choice,’ both phrases seem to gain popularity in 1959, after the California newspaper ‘the Oxnard Press-Courier,’ referred to ‘pro-choice’ and anti-abortion activists.

Authors Reva B. Siegel and Linda Greenhouse identify a 1972 article by Jimmye Kimmey as the origin of the term ‘pro-choice’ and its widespread adoption. Kimmey states the following in his memo.

‘The need to find a phrase to counter the Right to Life slogan,’ suggesting ‘Freedom of choice’ as a possibility.

William Safire believes the slogan has inspiration from the use of ‘Freedom of Choice’ during anti-integration protests the year earlier. With the overturning of ‘Roe Vs. Wade’ in the United States, the term ‘pro-choice’ is now ‘taboo.’

Phrases Opposite to Pro-Choice

Many assume the ‘pro-choice’ movement relates to ‘abortion rights.’ However, this is incorrect. While abortion is the central theme of this movement, it’s more relating to woman’s rights and their freedom to do whatever they wish to their body. Assuming ‘pro-choice’ only means you’re for abortion is incorrect.

If someone is ‘pro-choice,’ they usually support leftist government policies. If someone is ‘pro-life,’ they’re generally in support of conservative family values. Typically, a pro-choice person is not encumbered by religious dogma, while a pro-lifer believes in Christianity, Islam, or Judaism.