Are you visiting London? Don’t be surprised if English people call you ‘geezer.’ This post unpacks the meaning and origin of this expression. 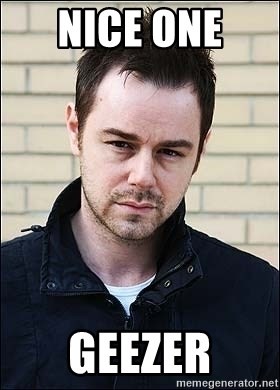 The word ‘geezer’ can refer to a grumpy senior citizen. Or it can refer to someone with a ‘fuddy-duddy’ approach to life. Your friends and acquaintances can be ‘geezers,’ and you could use it as a term of endearment when meeting with them. It’s important to note that men are geezers, not women.

“Oi, Geezer, where do you think you’re going? There’s no bus coming here for at least the next three hours. Come with me. I’ll give you a lift home.”

“The geezer down the street told me I could find the Slug & Lettuce pub around here. Have you seen it? Or did he send me on a wild goose chase?”

“This geezer thinks he can get us all in for twenty quid each. I told him we’re good for the cash, so hand it over, lads.”

“That geezer doesn’t know what he’s talking about, mate. I told you I was nowhere near it when it went missing. You have to believe me.”

“Listen here, geezer. I’ve had about enough of you going on like you own the place. You can get your things together and get out of my establishment before I call the coppers.”

“I was chatting with some geezer on the tube about the difference between the chocolate in a Mars bar and a Bounty. He seems to think there’s a huge difference and has a whole conspiracy theory about it.”

“Now listen to me, you geezer. I don’t care who you know or where you’ve been. You can’t come in here and start acting like that. Get out.” 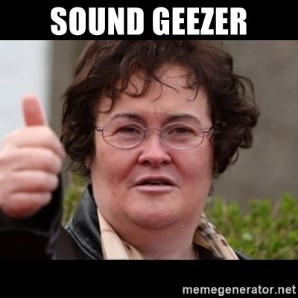 The expression ‘Geezer’ originates from the cockney slang developed by London residents in the East End. Cockney slang is a big part of British culture since London is the country’s cultural hub and has been for centuries.

Originally, a ‘geezer’ was someone that ‘went around in disguise.’ It’s a colloquial pronunciation of the now obsolete term, ‘guiser,’ meaning ‘someone wearing a masquerade as part of a performance, mummer.’

In Scotland and Northern England, the custom of disguising yourself in fancy dress was a well-accepted tradition around Halloween. So, the cockney slang originates from ‘guiser’ and means someone displaying odd behavior.

However, the last 100 years or so saw a relaxation of the use of the term. As a result, ‘geezer’ can now refer to any man. Typically, you won’t know them, but you could also use ‘geezer’ when greeting a friend.

Phrases Opposite to Geezer

The term ‘geezer’ comes from cockney slang in the UK. It’s not common slang used in the United States. While most people will understand what you mean, it’s not common language and may induce mockery from others.

You can use the term ‘Geezer’ to describe an older person or some random stranger you meet in the street. Typically, a geezer is a random person that has no influence or impact on your life. It can also refer to a nasty older man that no one likes. The phrase is more common in the UK lexicon than in America, but Americans understand the meaning of geezer, thanks to its representation in media.

You can use ‘geezer’ in social conversations with friends. It suits text communications and verbal exchanges. Typically, you’ll use other words like ‘senior’ or ‘stranger’ when trying to be more polite with your words.