Did someone just call Antonio Brown a ‘Super Gremlin?” What are they talking about, and why does he deserve that moniker? This post unpacks the meaning and origin of this expression.

The expression ‘super gremlin’ describes a mischievous person acting on a grand scale. They cause problems for organizations and people at the top level, disrupting normal operations. If you’re a super gremlin, you’re in a mischievous state and entirely present in that moment.

You feel you don’t care what people think or the results of your actions. You only look for an immediate solution to give you gratification and satisfaction at the moment.

“Did you see all that drama with Antonio Brown on the weekend? The media call him a’ super gremlin’ for what he did to the team. I can’t say I blame him.”

“Have you heard that track ‘Super Gremlin’ by Kodiak Black? It’s too hot. I love the hook; it’s got to be one of the year’s tracks for sure.”

“A super gremlin is in the engine, captain. We have no idea why it keeps failing, and we’ve stripped it twice already. Do you have any suggestions?”

“Man, that player is a real super gremlin for the team. He’s sowing discord, and you can bet they won’t make the playoffs this year.”

“This little guy is a super gremlin. He keeps trying to derail everything we try in class. Maybe you can speak to him and talk so sense into him about behaving in class.”

“The Super Gremlin track is causing a stir in the industry. Some critics say it’s the best offering from Kodiak Black to date.”

“Kodiak black is a legend in the hip hop community. He has some of the best music in the game, and his new track, ‘Super Gremlin,’ is a real banger.” 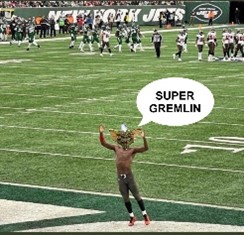 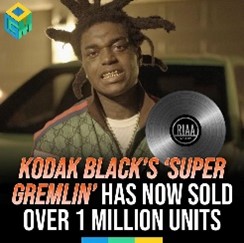 The expression ‘super gremlin’ originates from a track by the American gangster rapper ‘Kodiak Black.’ Kodiak Black released the track in October 2021, earning over a million views on YouTube after its release.

The track peaked at number one on the US billboard in January 2022 and the number three spot on the Billboard Hot 100. The song also features on Kodak’s fourth studio album, ‘Back for Everything.’

The word ‘gremlin’ refers to a mythical creature that causes mayhem to the established order of things. Gremlin may originate from the Old English expression, ‘gremian,’ meaning anger or vex.

“super Gremlin also refers to Antonio Brown, an NFL player causing controversy in the league. He posted a tweet of an image of him with the caption’ super gremlin’ to show the fans that he doesn’t care what they think and he’s well aware of the drama he’s causing for the team.

Phrases Opposite to Super Gremlin

Some people may use the word ‘super gremlin’ to describe naughty behavior that isn’t outlandish enough to qualify for the title of ‘super gremlin.” A super gremlin can be a person with influence or a child. However, they cause untold problems for people around them, and they don’t care about the repercussions of their actions.

You can use the phrase ‘super gremlin’ when referring to some exhibiting outrageous, mischievous behavior. It describes a person who does whatever they want without caring what others think about them. Typically, a super gremlin causes problems and frustration for other people.