Are you looking for a way to express your shock or disgust with something or someone? If so, you could say that you’re “taken aback” by their behavior. This post unpacks the meaning and origin of this phrase.

If you’re telling someone you’re “taken aback,” it means that you are in shock or disbelief at their behavior. The saying can apply to your reaction to a sudden turn in events or something unexpected someone says to you. You’re telling the person that you can’t believe what they are saying or doing and that you never thought it was within their character.

Typically, you’re referring to something with an adverse outcome. If you’re taken aback by someone or because they did something bad. However, it can also apply to pleasing circumstances.

“I have to say I was quite taken aback finding out about George’s involvement in the whole thing. We seemed like such a charming fellow.”

“I’m totally taken aback by what you just said. Are you sure that’s your final statement on the subject? That’s surreal.”

“I’m taken aback by your lack of willingness to engage with the enemy. We gave you the position of a commander so you would take action, not sit on the sidelines and wait it out.

“After learning about the politician’s involvement in the scandal, I was taken aback to see him denying it on screen at the press conference.” 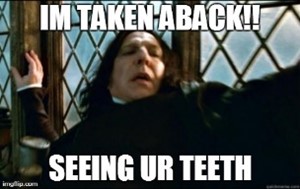 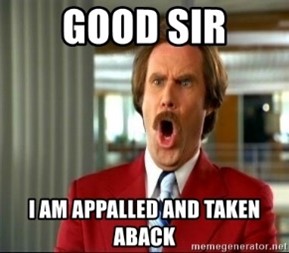 The origin of the saying “taken aback” comes from the maritime industry. If the wind turns suddenly, so the ship faces unexpectedly into the wind, it is “taken aback.” The earliest example of this definition is from author “Eeles” in his work, “Philosophical Transactions of the Royal Society,” published in 1754.

“If they luff up, they will be taken aback and run the hazard of being dismasted.”

The phrase’s first use in the symbolic context comes from the term’s figurative use in the 19th century. The saying appeared in “The Times” in 1831.

“Whigs, Tories, and Radicals were all taken aback with astonishment that the Ministers had not come forward with some moderate plan of reform.”

The legendary author, Charles Dickens, would also go on to use it in his novel, “American Notes,” published in 1842.

“I don’t think I was ever so taken aback in all my life.”

Phrases Opposite to Taken Aback

When you’re using the phrase “taken aback,” you’re not taking anything back from anyone. It’s a way of describing your shock reaction to someone else’s actions or words. There is sarcastic use for the phrase, but it’s not common in conversation. The term describes a shock reaction, so using it to describe a state of mild surprise is the incorrect use of the saying.

You can use the phrase socially and professionally in various situations. For instance, you could find yourself taken aback at home after learning your partner cheated on you. You could be taken aback at work when you discover another colleague stealing from the petty cash.