Did someone type your name with ‘YYDS’ in the chat? What are they trying to say? This post unpacks the meaning and origin of this expression.

The acronym ‘YYDS’ stands for the Chinese words ‘Yong Yuan De Shen’ (永远的神). “YYDS’ is an abbreviated form of the Chinese expression “永远的神,” and it’s a way for gamers to congratulate and compliment each other when playing online.

The English equivalent of the saying is calling someone the ‘GOAT,’ or ‘Greatest of all Time.”

“I think Kelly Slater is the YYDS of international athletes across all sports. He has 11 world titles, and he’s still competing at over 50 years old. What a legend.”

“If you hear Chinese people referring to ‘YYDS,’ they’re discussing ‘the greatest of all time.’ They could be talking about the food or someone in the community. You need more context if you want to contribute to the conversation.”

“Who is the YYDS is table tennis? Chinese people dominate that sport, and they have some of the top-ranked players. When will figure out who the GOAT is?”

“Just because someone is the ‘YYDS’ of the sport doesn’t mean they can’t lose from time to time. They’re the GOAT, but they’re human after all.”

“What’s the problem with calling him the YYDS? He’s the best of all time, and no one can compare to his legacy as an athlete in the sport.” 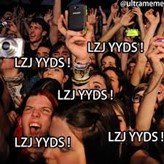 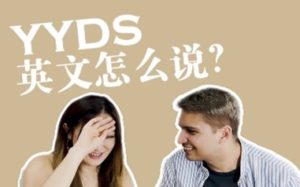 It’s like calling someone the God of gaming. It’s common to see people using it in a gaming reference on the Chinese social media platform, WeChat.

A Chinese gamer, Shiny Ruo, coined the expression when he exclamied out “Uzi, 永远的神!” at a league of Legends tournament in China. Uzi, was his hero and is now a retired League of Legends YYDS.

The phrase spread from there. And now, it’s a commonplace saying in Chinese gaming forums and chats. People will type the name of the user they wish to compliment, followed by ‘YYDS.’ The phrase doesn’t apply to spoken communications, but you can use it in text and chat.

Some people may use ‘YYDS’ to replace ‘GOAT’ in chats and message boards that speak English. As YYDS is a Chinese term, you won’t find many Americans that understand what you’re referencing when you use it. YYDS is more popular on Chinese social media sites, like WeChat.

It’s a subjective term, and people may have differences of opinion on who the GOAT is in various situations. However, usually, there is a general consensus among fans of the sport or discipline as to who the GOAT is. Typically, the phrase suits social use and in engagements between friends arguing about the greatest of all time. It’s also a term used by sports commentators when trying to ascertain the best players in sports history.