Are you looking at a Tik Tok video of a gamer girl saying the word “ara ara?” It probably looks like she’s having a good time while saying it, but what does the expression mean? This post unpacks everything you need to know about the meaning and origin of this popular internet meme.

“Ara ara” is a Japanese expression meaning “oh my.” However, it has several variations with different meanings. The meaning behind “ara ara” depends on its context of use. The six primary variations of “ara ara” are the following.

“Ara Ara (oh my), that’s not what I expected. Are you sure we can get around this problem?”

“Ara ara (oh my, I’m sorry). I had no idea that was going to happen. If I could take it back, I would certainly do so.”

“Ara ara. (sexually explicit) you’re so cute, and I want you to take me home.”

“Ara ara. (oh my darling, what are you up to) I want to know if you want to come around for a few hours and hang out with me. What do you say?”

“Ara ara. (oh my, that’s cute). Look at that little pug playing with his ball. He’s just too adorable. I want one just like him.”

“Ara ara, (oh may that’s rude or harsh). How could you say that too me. I can’t believe you think that about me and I’m about to burst into tears.” 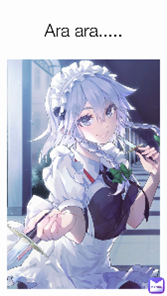 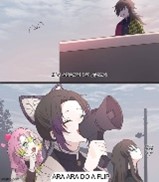 The expression “ara ara” originates from the Japanese language. There are several variations of the saying, depending o the context of the conversation. Miyako, an offshoot of Ryukyuan languages, has over a million speakers, and it’s a big part of Japan’s heritage. This form of Japanese language originated from the southern region of Japan in the Okinawan Islands.

Ara became an interjection in Miyako and can be doubled to form “ara ara,” which means a strong sense of curiosity and surprise at an event or occurrence. It also has a flirtatious or teasing connotation, hence the sexually explicit variations of the saying.

In Japanese, the interjection appears with the following writing and pronunciation.

Language experts believe the expression started to spread in English-speaking communities after 2010, with the rise in popularity in gaming and manga or anime forums and websites. There are dozens of videos of e-girls saying the phrase online to their legions of fans.

Phrases Opposite to Ara Ara

“Ara ara” is a diverse expression with many different interpretations, depending on the context of the phrase in conversation. However, it’s only suitable for female use. Men do not use the term in Japan, and you’ll struggle to find many examples of men using the phrase in media or on social media.

You can use “Ara ara” if you’re a girl or woman. It’s not a word spoken by boys or men in Japanese. Ara ara has at least six variations, and they are all very different. While the spelling remains the same across all variations, the pronunciation differs.

The way you say “ara ara” dictates the meaning behind the expression. It can mean anything from a surprising reaction to a sexually explicit groan. Be careful when using the term online, and most people will assume you’re using the sexual variation.

It’s common to see viral videos of this expression on social media apps like Tik Tok. It’s also a popular word on message boards and streaming chats and features in sexually-explicit memes online.