Do you have to get home for your anniversary dinner? You better leave the office ASAP if you want to make it on time. This post unpacks the meaning and origin of this acronym. 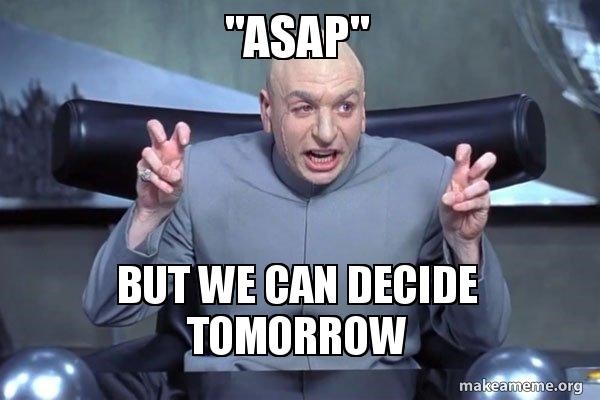 The acronym ‘ASAP’ stands for ‘As Soon As Possible.’ It means that someone requires your presence immediately. You can use ‘ASAP’ when requesting something from someone else and want to impart a sense of urgency.

If you order someone to bring you something ASAP, you want them to drop what they’re doing and attend to your request immediately. The term ASAP is usually used by an authority, like a manager, as a request to their employees. If you need something ASAP, you can’t wait for it any longer.

“We need to get down to the dock ASAP to launch the boat. The tide is draining out, and we don’t want to get caught in the marina when the water level drops.”

“I need that report ASAP. Please have it on my desk before the end of the day, or I’ll have to reprimand you for not doing your job.”

“We need to get out of here ASAP. The crowd is starting to turn unruly, and it’s only a matter of time before it gets violent.”

“Let’s get over that hill ASAP. We’re sitting ducks out here, and we need cover. Everyone, head to the hills.”

“We need to get back to the office ASAP. The boss just called, and the client arrived earlier than expected. Let’s move.”

“Please make the payment ASAP. I have three other people bidding for the item, and if I don’t receive the funds in the next hour, I will have to sell it to one of them.”

“We have to get to the garage ASAP. They close at 5pm, and we have 15 minutes to get there before they close up shop.”

“Tell John to get in here ASAP. I don’t have time to wait around for him all day. Tell him I’m going to give him a warning if he; ‘s not here in five minutes.” 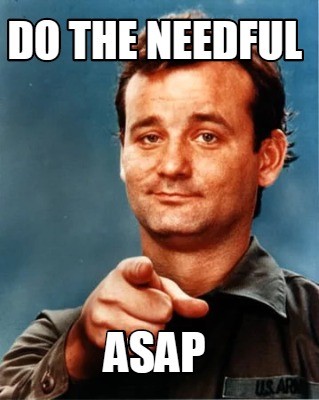 The acronym ‘ASAP’ originates from military language and jargon in the 1950s. The term’s original use was ‘as soon as militarily possible.’ The first appearance of the acronym in writing was in ‘The Greatest Airlift,’ a book written by Captain Annis G. Thompson on the Korean War, published in 1956.

The phrase appears as follows.

“Sir, we need to get the hell out of this war ASAP!”

‘ASAP’ entered the civilian vernacular with the reintegration of soldiers into the American population after the end of the Korean war. It was quickly adopted by the business community and filtered down into civilian language.

Phrases Opposite to ASAP

ASAP means you’re asking for someone to complete a task or request as soon as possible. Several alternate meanings exist for the acronym, including ‘As Safe As Price’ or ‘After Sex Arousal Plan.’ However, these meanings are less common and are not the officially recognized definition of the acronym.

You can use the acronym ‘ASAP’ when you want to impress urgency in a task or request. The phrase suits professional and social use. For instance, your boss could ask you to finish the report ASAP, or your partner could tell you to get home ASAP to help set up for Thanksgiving dinner.

You’ll use ASAP when you want to imply a sense of urgency to the other person. Typically, you’ll use the phrase when you’re under pressure and need immediate results. When severely distressed, some people may use the acronym ‘ASAFP’ (As Soon As F**king Possible).