Are you looking for a way to teach your kids about sex? The classic idiom, “The birds and the bees,” is a great way to introduce them to a topic, with parents using it for the last century to teach their kids about sex. This post unpacks the meaning and origin of this expression.

The expression “birds and bees” is a reference to sexual education. It’s an old saying that came about in the last century.

Parents use the “birds and bees” as a cover story for describing the reproductive cycle to their kids. The birds and the bees are pollinators, and they help to bring life to the garden by spreading the pollen from flower to flower.

It’s common for parents to use this idiomatic expression to avoid the necessity of speaking to their kids about sex. If a child is very young and asks where babies come from, you might traumatize them by giving them the actual explanation.

So, using the expression and the story of the birds and bees gives parents a subtle way of explaining the nuances of sex and the reproductive cycle. They don’t have to get graphic, and the child understands the basics of the topic.

“So kids, the birds and the bees are the reason why we have babies. Ask your parents more about it when you get home, and they’ll tell you the story.”

“There’s nothing more embarrassing than when your 6-year-old asks you about the birds and the bees. I didn’t know what to say or how to react.”

“Kids need to learn about the birds and the bees in school., That’s what we pay the school system for, and they should have the right way to present to kids.”

“Long gone are the days when kids would learn about the birds and the bees from their parents. Nowadays, kids are learning about trans rights by the time they are in grade school.”

“We learned about the birds and the bees from our parents, not the teachers at school. Who gave them the right to speak to my kid about these things?” 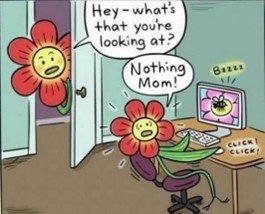 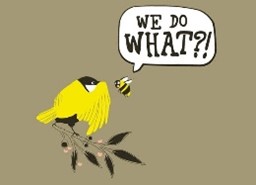 The expression “birds and bees” originates from the 1920s. The first reference to the birds and bees relating to sex education comes from 1929. A piece in the West Virginia newspaper, “The Charleston Gazette,” published the saying as follows in November 1929.

“You never talked about them or even recognized nice crooning little babies until they were already here. Even then, the mothers pretended to be surprised. It [sex] was whispered about but never mentioned in public. Curious and unafraid, we looked into sex and found it perfectly natural, in the flowers and the trees, the birds and the bees.”

Phrases Similar to Bird and Bees

Phrases Opposite to Bird and Bees

The saying has nothing to do with birds and bees. It explains the reproductive cycle and a story many parents tell their kids after they ask them where babies come from.

Every parent has to have this talk with their child sooner or later, and introducing them through a harmless innuendo is the preferred choice for many.

You can use the saying “the birds and the bees” when you’re trying to be polite and avoid using sex-based words around kids and in other formal situations where people might find mentioning sexual terms crass.

If you’re around your young children and they ask you where babies come from, it’s a suitable way to introduce them to the reproductive cycle. If you’re around your grandparents, you could use it in conversation to replace sex-based language as a sign of respect to them.