Did your friend just tell you that their girlfriend left them for someone else after draining their bank account? You could reply with “Cherchez la femme” to show your sympathy. This post unpacks the meaning and origin of this expression.

“Cherchez la femme” is a French expression adapted for English use. In French, the saying means “to seek a woman.” In English, the meaning changes to holding women accountable for things that go wrong in their life due to their actions.

“John’s been behaving strangely lately. Do you know what’s going on with him? I heard he’s gotten involved with some woman that’s no good for him. Oh well, you know what they say, Cherchez la femme.”

“Ronald looks like he’s super stressed lately. You know what they say when a man looks stressed, look to the woman in his life, Cherchez la femme.”

“Tom took out a loan to give to that influencer, and she left him high and dry and won’t answer his calls. Cherchez la femme, no one has seen him in a month; I hope he’s okay.”

“Women are my biggest vice, Cherchez le femme. They know how to bleed me dry and then walk right out of my life.”

“Cherchez la femme, if it weren’t for woman, I would have no troubles in life.” 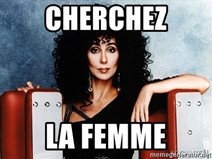 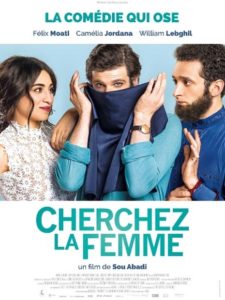 The origin of the expressin, “Cherchez la femme” comes from Alexandre Dumas in his novel “The Mohicans of Paris,” published in 1864. The book uses the expression, “Cherchons la femme.” John Latey would change it to the current version “Cherchex la femme” in his 1878 translation.

In the novel, Monsieur Jackal concludes a woman must be responsible for the crime under investigation.

His colleague later confirms his hypothesis.

“Ah! Monsieur Jackal, you were right when you said, ‘Seek the woman (Cherchez la femme)'”

The phrase entered the everyday language in England by the early 1900s and crossed the Atlantic to the United States by 1909. William Sydney Porter used it for the title of a story with the same name, “Cherchez La Femme,” where the line appears as follows.

“Ah! yes, I know most time when those men lose money you say ‘Cherchez la femme’ – there is somewhere the woman.”

Phrases Opposite to Cherchez La Femme

Using the phrase to describe searching for a woman is the correct translation of the expression. However, it doesn’t refer to the act of looking for someone. It means that a woman is responsible for a bad situation in a man’s life. Using it to describe a pretty woman is the incorrect use of the term.

You can use the saying, “Cherchez la femme,” when you describe situations where a person seeking a woman’s attention, approval, or love costs them dearly in life. The phrase suits social conversations more than professional use.

For example, you could use “Cherchez la femme” when describing how a friend lost all their money to a woman they loved. Or you could use it to express your friend’s angry temperament because they find out their girlfriend is cheating on them.