Are you wondering where the term “fuzzy wuzzies” comes from? It’s not as innocent as you might think. This post unpacks the meaning and origin of this expression.

The meaning of the term “fuzzy wuzzies” is a racist description of a black person. African American people have different hair to Caucasians and Latin-Americans. As a result, early English settlers encountering black tribes would call them “fuzzy wuzzies,” referring to their hair.

At the time, the settlers didn’t think it was a racist term like many of the other slurs around in that era. However, it’s a racist term to most African Americans these days, as it makes fun of their hair. A nursery rhyme “fuzzy wuzzy” also describes an African person with fuzzy hair but no body hair, leading to the creation of the verse in a humorous context.

However, this rhyme is offensive to many Africans and African Americans, and it no longer appears in kids’ education of parental interactions. Using this expression to describe African hair could land you in a lot of trouble online from people calling you racist.

There are several ways you could use “fuzzy wuzzies” to describe people of color; however, it is racist language, and we won’t go about making light of racism here. 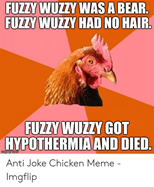 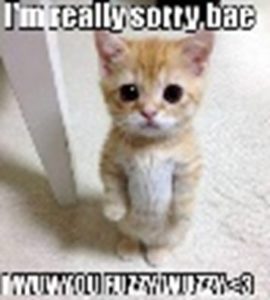 The origin of the racist term, “fuzzy wuzzies,” goes back to the 19th century British invasion of the lands owned by the East African nomadic tribe – the Hadendoa. The settlers would note that the natives were dark-skinned like a bear, and they had fuzzy hair, like a bear, but their bodies were bare.

The reference is highly inappropriate, mocking the hair of African people. However, many other western armies adopted the same expression. The Australians would use it to describe the people of Papua New Guineans carrying their goods as “Fuzzy Wuzzy Angels.”

At the time of its invention, the phrase didn’t have a derogatory context to it in the eyes of the British and Australians. However, as we move deeper into a diversified culture, it’s clear evidence of an attitude of superiority over these races. Kipling was the first to use the phrase in writing, creating the rhyme that we all know today.

The rhyme was common for parents to say to their kids as babies. It’s a rhyme that would usually bring a smile to the kid’s face. However, over the recent decades, the rhyme fell out of favor with parents due to its racist overtones.

Phrases Opposite to Fuzzy Wuzzies

It’s not acceptable to use the words “fuzzy wuzzy” to describe African American people or any racial stereotype. Using this phrase as a racist slur faded away decades ago, and using it in modern society will likely have people slandering you online for your lack of empathy and consideration of other people’s ethnicity.

The only acceptable use of the phrase would be when telling your kids the nursery rhyme of “fuzzy wuzzy was a bear.” However, using it in the original sense would be somewhat of a racial slur when you think about the meaning behind the lyrics. Therefore, using this type of language online could land you in serious trouble with others.