Are you looking for a cute pet name for your boyfriend that you can say to him when no one is around? Why not try the moniker “papito” to show him you value his role in your relationship? This post unpacks the meaning and origin of this expression.

The expression “papito” is a Latin-American term that translates to “little daddy.” It’s a term of endearment said from daughters to their fathers. It’s similar to the English expression “daddy.” However, over recent decades, since around the 80s, women started using the term to describe men they found attractive, their boyfriend, or their lover.

As a result of the sexual connotation involved with the modern use of the term, it’s less common for it to appear as a term describing someone’s father. There are similar terms in Spanish for men. “Mamita” or “mami” is the opposite of “papito.” It can also mean “babe” or “cutie” for women, similar to the word “papacito.”

“Oh papito, I love how you treat me, I have the best man in the world, and I’m grateful I met you.”

“Listen to me, papito, I’m tired of you coming in here at all hours of the night, waking me up after going drinking with your friends. ”

“Papito, would you mind giving me a hundred dollars? I have to go to the mall with some friends, and I need some money.”

“Whenever I need something taken care of, I just tell my papito. He handles everything for me, and I don’t have to lift a finger.”

“Oh, you know that you’re my papito. There is no one else but you, I swear. Don’t get jealous. I am yours alone.”

“I met my papito at the local grocery store. We ended up chatting and started dating a few days later.”

“My papito is my one true love. I’ll stay with him till the day I die. I’m getting his name tattooed on my arm right now.”

“Please help me papito, I need somewhere to stay for the evening, and I know I can depend on you to help me out.” 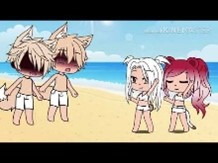 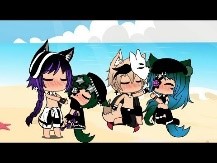 The expression “papito” originates from the word “papa,” which appeared in the language in the 1680s, meaning “father.” This word has roots in the Latin “papa” and the Greek “pappa.” In Spanish, speakers will often add the suffix “ito” or “ita” at the end of words, creating a term meaning “cute” or “small.”

The suffix can indicate either affection or diminutive size. In some words, such as “chiquita,” the “c” in chica changes to a “qu” before adding the suffix. Other examples include “perrito” (a small dog or puppy) and “gatito” (a small or cute cat or kitten).

Language experts believe “papito” gained a foothold in English use through the Southwestern United States and the integration of Latino communities into the state.

Phrases Opposite to Papito

Some people may use the phrase to describe a woman. However, “papito” is a male term that doesn’t apply to females. “Woke” individuals may see it as a means of the male patriarchy influencing culture. However, it’s a term of endearment, and it only applies between men and women.

You can use the term “papito” if you’re a woman referring to a man playing a dominant role in your life. It could be your father, boyfriend, or husband. The term has a slightly sexual connotation, and some women use it to refer to their lover or partner in an intimate setting.

When you refer to someone as “papito,” it doesn’t necessarily mean that they have a small stature. It means that you regard the person as your protector and the dominant role in your relationship. The phrase suits use in English settings, and most people familiar with Spanish terms and slang will understand.