Are you reading a post on Twitter that you think your followers need to see? You could promote it with an ‘RT’ to your timeline.

The acronym ‘RT’ has several meanings. The most popular use of the term is to describe the ‘retweet’ function on Twitter. When you publish the retweet, it appears as ‘RT.’

The second most common is a text-based abbreviation of the words ‘Real Talk,’ which is street slang.

However, ‘RT’ can also represent the military term ‘Roger That.’ Or it can refer to the Russian state-owned media network, ‘Russia Today.’

“Please RT and help me spread this message of hope. If we get more awareness of what’s happening, we can make a difference and be the change we want to see in the world.”

“Did you watch that program on RT last night? It was talking about how the EU is shutting down farmers in Holland. The Dutch are the second biggest agricultural exporter in the world.”

“Everyone RT this post. This is the most important thing we need to share with people right now. Stop what you’re doing and hit the RT button to help the cause.”

“I watched RT last night, and the reporter said there’s a global famine coming in 2023. We need to start stocking the pantry right now, or we’ll get in trouble when it hits.”

“That’s RT, bruh. You say it like it is, and I appreciate you for that. I would have never thought to see it like that, but you changed my perspective on it.” 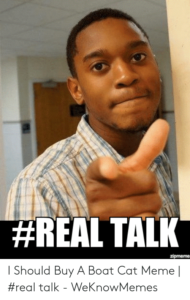 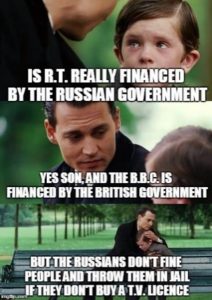 The acronym ‘RT’ has several meanings and origins. The most popular use of the term is on the social media platform ‘Twitter.’ A ‘retweet’ is when a user presses the ‘retweet’ button, pushing a copy of the Ops post into their timeline for their followers to view. It’s like ‘quoting’ someone on Twitter. Twitter added the Retweet function to its platform in 2009.

‘RT’ also originates from text-based abbreviations of slang terms. In this case, ‘RT’ stands for ‘real talk.’ It’s a hip-hop street slang developed in the 1990s. No one knows who coined the term or when it first appeared in the modern lexicon. However, the first entry of it into the Urban Dictionary was in November 2013

RT is an abbreviation of the Russian state-owned news channel ‘Russia Today.’ Alexey Gromov and Mikhail Lesin funded RT in 2005, with its headquarters in Moscow.

Phrases Opposite to RT

The only verbal use of ‘RT’ is to describe ‘Russia Today,’ The Russian state news media channel broadcasting to a global audience. All other formats of ‘RT’ only suit written communications, like text messages.

You can use the acronym ‘RT’ in several situations. You could use it to ask people to ‘retweet’ your post on Twitter, or you could use it to say ‘Roger That’ in military communications. RT also describe ‘Russia Today,’ the popular TV channel, and it stands for ‘real talk,’ meaning someone is trying to impress they’re speaking the truth or use it as an affirmation when replying to someone.

Typically, ‘RT’ only appears in text-based communications, such as chats and posts on message boards, social media sites, and forums. It’s also suitable for text message conversations. You’ll use it when speaking with friends or on social occasions. It has no professional use, and you wouldn’t use it around your boss.