Do you have to cut a conversation short? You could tell the other person ‘TBC’ to let them know you’ll chat to them later.

The acronym ‘TBC’ stands for ‘to be continued.’ It’s common to see this phrase when you’re watching TV shows, and they want to break the rest of the story into the following episode.

If a TV show ends with ‘to be continued,’ it will pick up where it left off in the next episode.

TBC in text communications also means ‘to be continued.’ It means your conversation or action remains unfinished, and you’ll get to it at a later stage. TBC is commonly used to create a pause in a text conversation and to let the other party to the discussion know you want to pick it up at a later date.

TBC has the alternative meaning of ‘to be confirmed,’ but it’s less common in conversations, and most people use it to abbreviate ‘to be continued.’

“I get what you’re saying, but TBC. I have to head out for an appointment now. We’ll pick this up where we left off in a few hours.”

“TBC. I have something I have to handle right now, but I want to continue this discussion with you later. Give me half an hour, and I’ll be back.”

“TBC, I’m going to the store quickly for some groceries. Make sure you’re here when I get back, and we’ll pick it up where we left off, okay?”

“Okay, sure, TBC. I’ll just wait here for you. How long do you think you’ll be at the dentist’s? I’m keen to wrap this up today.”

“I don’t like where this is heading, and I think we all need a break. TBC, come back after you clear your head, and we’ll discuss it further.” 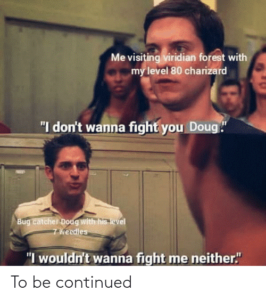 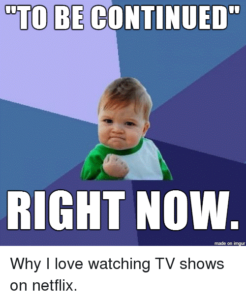 The expression ‘TBC’ has unknown origins. Language experts cannot pinpoint when the phrase first entered the English lexicon or who coined its use. The earliest entry of the expression into the Urban Dictionary is in April 2005.

The phrase ‘to be continued’ has been used since at least the 1960s in TV series and movies. However, it’s unclear when the acronym ‘TBC’ appeared in English as a replacement for ‘to be continued.’ However, language experts think it comes from the era of text messaging in the late 1990s and 2000s.

People would use acronyms to shorten common sentences used in texting. It’s part of the first generations of text acronyms, such as ‘LOL.’

Phrases Opposite to TBC

The acronym ‘TBC’ is usually used in text communications. You can use it in verbal exchanges, but it’s more common for people to say all three words in the phrase rather than use the acronym.

You can use the acronym ‘TBC’ in social situations when you want to let someone know that you’ll pick up a conversation with them at a later date. It can also describe occasions where you have to stop something and continue it later. The saying suits verbal exchanges and text messaging.

Typically, you’ll use the acronym ‘TBC’ in text messages and word the entire phrase ‘to be continued’ in verbal exchanges. For instance, you could be discussing something with your partner when the phone rings. You’ll use ‘to be continued’ to let them know you’re going to pick up the conversation with them after you finish your call.