Are you watching an interview with Paris Hilton where she’s talking about ‘Sliving?’ What is she talking about and what does it mean? This post unpacks the meaning and origin of this expression.

Created by celebrity Paris Hilton, sliving is a blend the slang slaying and living (your best life).

A person is sliving when they are glamorously successful, self-empowered, and fulfilled—they are “killing it” all on their own, loving every minute of it, and lookin’ good while doing it.

“Sliving is the ethos around single living. You’re young and successful, and you have no responsibilities to anyone., It’s living your best single life and loving it.”

“I love Paris Hilton. She’s so free and passionate about life. I wish I was like her. Well, at least I can follow her Sliving lifestyle and model myself after her brand.”

“If you’re young, single, successful, and sexy, you’re a part of the Sliving lifestyle. It’s about embracing your life and not dealing with responsibilities you don’t need.”

“Why do you need responsibility in life anyway? Why not just embrace the party life and live as a single hedonist? That’s what Sliving is all about. We don’t believe in tying ourselves down.”

“Sliving is about more than just being rich. It’s a lifestyle of being single and not caring what people think about you. Just live your best life, and who cares about the future?” 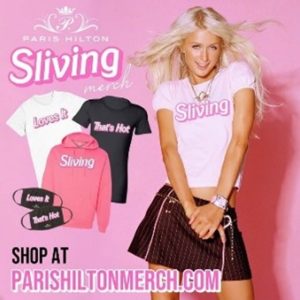 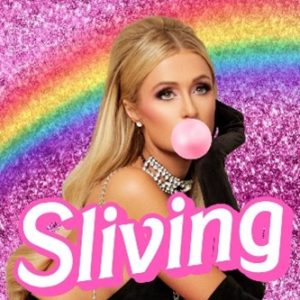 The expression ‘Sliving’ originates from Paris Hilton, the heiress to the ‘Hilton’ empire. Paris has a history as one of the original social media influencers from the 2000s. She had a syndicated TV show on many prime time entertainment channels and she had a huge reputation in the industry ads an A-list celebrity.

Paris gained viral fame for her catchphrase ‘That’s Hot’ during the 2000s. The celeb thought she would attempt to create another viral trend by founding her brand, ‘Sliving.’

Hilton posted the brand name ‘#Slinging’ on social media during early November 2019. E!News Entertainment interviewed Paris about the launch of her new brand, where she gad the following to say to the reporter.

Paris also added that Sliving single adds an important edge to the original ‘Sliving’ slogan. According to Paris ‘Sliving’ is about killing it by yourself, without depending on anyone else like a partner. It’s an empowering term and Paris trademarked it in December 2019.

Sliving refers to a brand started by Paris Hilton. It is an official trademark and hashtag on social media. Using the Sliving brand commercially requires licensing from Paris Hilton. Without it, you’re breaking copyright laws.

You can use the phrase ‘Sliving’ or the hashtag #Sliving when referring to the brand started by Paris Hilton. Paris is an A-list celebrity, and her previous trend, ‘That’s hot,’ was a sensation back in the 2000s. However, Paris failed to gain the same kind of traction on social media as she did with ‘That’s hot.

You can use the phrase on social media and follow the hashtags to find posts by others users embracing the brand and lifestyle promoted by Paris Hilton. Several accounts on TikTok and Instagram promote the brand, but it’s not very big with other influencers.