Did someone just say ‘as an aside’ when in the middle of a conversation with you? Why did they say that, and what does it mean? This post unpacks the meaning and origin of this expression.

The expression ‘as an aside’ is a way to describe indirect communications with others. It can also refer to discussions you want to keep private and away from others. As an aside can also refer to an opinion or information that you don’t want other people to know.

However, the most common use of the term is to add a point to something previously said in the discussion. It can also refer to a film production technique where the actor speaks directly to the camera and audience.

“As an aside, now that we’re done with dinner, is anyone keen for a game of backgammon? I think we should have a game or two and relax after the meal.”

“I’m heading to the office right now for the meeting. As an aside, did you hear about Jim’s promotion? I can’t believe they gave him the job. I think I deserved it.”

“I love eating at this restaurant. As an aside, do you want to stop past the creamery on the way home for a pint of caramel fudge? That would be the best way to finish the meal.”

“I’m about to start a new chapter of this book. As an aside, there’s a football game at 6pm that I want to watch.”

“As an aside, I’m bored and I need something to do. Don’t you need help with a project or something? I feel like I’m doing nothing with my time.”

“Look, I know you think you’re in good form right now, but as an aside, I think you need another few warm-up fights before you get in the ring with the champ.”

“As an aside, I want to let you know that I think you’re doing a great job. Keep up the good work.” 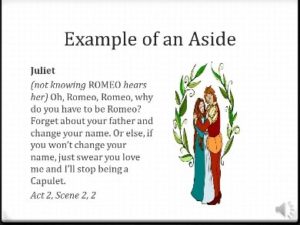 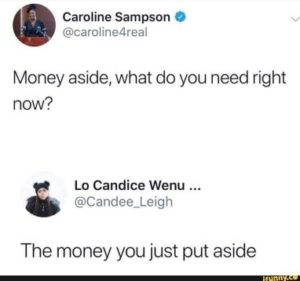 The expression ‘as an aside’ originates from literature and film. It’s somewhat of a rhetorical term, and language experts are unsure when it first appears in English. There is no written record of when the phrase first appears, and no one claims to have coined the term.

‘As an aside’ has a similar meaning to ‘beside that’ or ‘in addition.’ While this meaning of the phrase is the most common application for it in conversation, as an aside also has a meaning in the film industry. However, it’s unclear when the ‘aside’ technique developed in cinema, with some experts saying it started in the 1980s with the film. Ferris Buellers Day Off.’

Phrases Similar to As an Aside

Phrases Opposite to As an Aside

Ways People May Say As an Aside Incorrectly

Some people may use ‘as an aside’ to describe a segue away from the conversation that doesn’t relate to the original topic. However, as an aside allows you to emphasize or add to a point you made in the conversation. It’s more common for this word to mean a scene in a movie where the actor talks to the camera.

Acceptable Ways to Phrase As an Aside

You can use the phrase ‘as an aside’ when you want to add a point to something you just said. You can also use it to describe the subject matter that you want to discuss privately with someone. As an aside is also used in the film industry to describe scenes where the actor speaks directly to the camera. The p0hrase suits social and professional use.

Use it at work when you want to have a private word with the manager. Use it with friends when you want to add something to a point you made. As an aside is a versatile saying with many applications. It’s more common for the phrase to appear in spoken conversations than in text messaging.