Are you looking for a way to say a situation just took a dark corner? You could use “doki doki” to explain how your heart rate suddenly increased, and you’re feeling frightened. This post unpacks the meaning and origin of this expression.

The expression “doki doki” translates from Japanese as the sound of a heart beating. It refers to the actual sound or thumping of the heart. It also has romantic use in culture, referring to how a person you like can increase your heart rate and awareness when you’re around them in social or intimate situations.

“Doki doki” also refers to an anime show called “Doki Doki Literature Club.” In this context, the phrase means when your heart rate increases because you’re afraid that something bad will happen to you or someone else. It describes the feeling of being apprehensive, where your heart “skips a beat.”

“Doki doki, would you look at that hot guy over there. He’s so dreamy, and I wish I had a boyfriend like that.”

“Whenever I see him, it’s like, doki doki. I feel my heart rate increase, get cold sweats and start stammering with my speech. It’s so embarrassing.”

“When I see you, it’s like doki doki, my mind starts racing, and I can’ think about anything but you.”

“Doki doki, it’s the sound of my heartbeat. I get so heated and flustered whenever you’re around, and I want to be with you.”

“When you hear the doki doki form a thousand children thanking you for donating to the charity this winter.”

“Wow, this TV show is crazy. That girl really pulled a doki doki when she carved that other chick in half using that blade. This stuff is crazy.”

“That character just went doki doki on her. This anime is by far one of the more twisted ones I’ve ever watched. I don’t know how I feel about seeing young high school girls dying in horrible ways.” 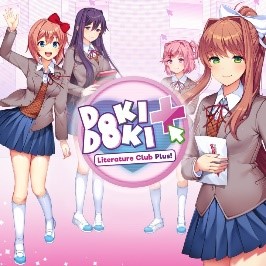 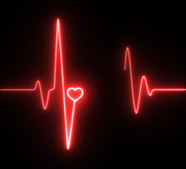 Language experts are unsure of the origin of the expression “doki doki.” The direct translation from Japanese refers to “beating heart” or the sound of a beating heart. However, there is no information on when this saying entered English as a way to describe a beating heart or a romantic feeling.

Some language experts point to the integration of anime culture into the western world as the source of the term. “Doki Doki Literature Club” is a Japanese anime series featuring high school girls that die horrific deaths during the show.

The “Doki Doki Literature Club debuted in 2018, and that’s around the same time the expression appears in the Urban Dictionary. The phrase “doki doki” describes a scene in the show where the plot takes a dark turn, and bad things start to happen.

Phrases Opposite to Doki Doki

There is a Japanese Anime TV show called “Doki Doki,” and it’s very popular with anime and manga fans. Doki Doki is an anime featuring high school girls that end up killing themselves or others in the school. While it’s a popular show in the anime subculture, it’s not the correct meaning of the term.

The phrase suits use online and in text, and it’s less common to hear people use it verbally to describe their beating hearts. It’s more common in chats where people use the saying to describe beautiful people or romantic situations.