Did you just break some bad news to someone, and they replied by telling you they feel “faint of heart?” What does this mean? Are they dealing with the onset of a heart attack?

The meaning of “faint at heart” implies that you or another person has a weak resolve and a lack of courage. Typically, women will use this idiomatic expression to show people their current state of mental fatigue when dealing with an uncomfortable situation.

If you’re telling someone you’re “faint of heart,” it’s usually referring to your mental state and emotional state. You won’t use it to discuss your physical, biological condition, or heart activity. Being faint of heart means that you cannot cope with the emotions arising from a set of events or breaking news.

“Did you go to the funeral? It made me feel faint of heart to listen to Gary give the eulogy at the service.”

“If you’re feeling faint of heart, it might be time to eat a teaspoon of cement and harden up.”

“Karen is so faint of heart; she jumps at shadows on the wall. We really have to do something about her paranoia.”

“If you’re faint of heart at the thought of scary rides, then best to leave this ride out of your amusement park tour.”

“I was feeling faint of heart while watching the new Halloween movie, that Michael Myers is one scary guy.” 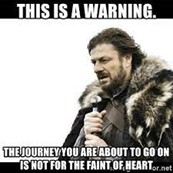 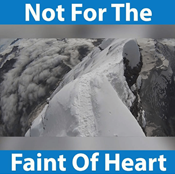 The first use of the idiomatic phrase “faint of heart” appears in the 1500s. However, the word “faint” appears in language as early as the 1400s. The word means to be weak-willed or lacking in courage. There are several uses of the word faint connecting to the human spirit. Some examples are “Faint hearts don’t win fair ladies,” “faint hearts never won fair maidens.”

These versions referred to the fact that men must act courageously to win the hearts of women. The first use of “faint of heart” appears in the 1545 work, “the Adages of Erasmus.” The phrase would change to its more modern version after the medical world brought it back to life.

The modern origin of the phrase comes from the hospital procedure where a person who is faint of heart must avoid any stressful situation. The medical community would refer to these people as “faint of heart.”

As the use of the phrase entered society, it described people’s reactions to stressful scenarios where they would feel overwhelmed by the environmental stimulus around them.

Phrases Similar to Faint of Heart

Phrases Opposite to Faint of Heart

Some people may use faint of heart to describe a real physical-biological situation where their heart feels faint. While this use of the phrase is grammatically correct, it’s not the proper use of the idiom. This phrase is for describing emotional reactions to situations rather than physical events.

You can use the words “faint of heart” when you’re trying to tell someone that you can’t believe what they are saying or as a reactionary statement to other incredible news. The news could be positive or negative, giving the phrase plenty of use. Most people still use this idiomatic phrase in conversations today.