Are you reading through a chatroom or message board, and you find the meme “this is loss?” This post unpacks everything you need to know about this idiom’s meaning, origin, and use in conversation.

Is this Loss Meaning

“Is this Loss?” is a popular internet meme describing the inability to care about irrelevant subjects. The mem typically occurs in a thread where someone is complaining about something in their life that is irrelevant to their well-being or beneficial to society.

The word first appeared in the 2008 webcomic “Ctrl+Alt+Del,” with the title “Loss” The subject matter of the comics was the loss of a miscarriage. Therefore, you would assume that the mem would have a similar meaning. However, it actually has the opposite meaning. Many people will post the “is this loss?” meme to troll someone for posting something mediocre or relevant in an attempt or gain sympathy from the community.

It’s like another way of saying, get that out of here; we don’t want it.

Is this Loss Example Usage

Streamer two: “Is this loss? Go make some coffee.”

Chat 1: “My boyfriend left me, now I’m alone this Christmas.”

Chat 2: “Is this loss? You can always just find a date for the holidays; you’re a good-looking girl.”

Message 1: “I just remembered I forgot to ask them for another double cheeseburger. I hope I got enough food; I’m starving.”

Message 2: “Is this loss? That’s already too much food. You’re getting fat.” 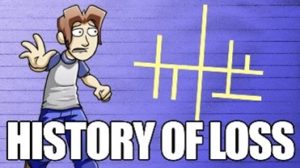 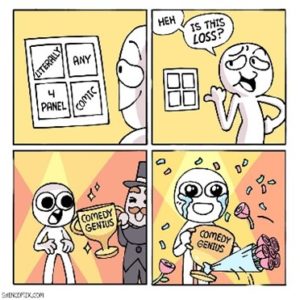 Is this Loss Origin

“Is this loss” is an idiomatic phrase adopted by meme culture on the internet. The meme would first appear in the early 2010s, adopted from a webcomic series produced in 2008.

The phrase “Is this loss” first appeared in chat rooms and on message boards as a meme from a four-panel comic. The original comic, “Ctrl+Alt+Del,” shows a four-panel section where the lead female character experiences a miscarriage.

The story in the comic paints a painfully emotional moment in the story. The comic would also receive much commentary online on social media sites and in blogs where people would discuss the topic with tones or rage to the producers.

However, people would pick up the “is this loss” from the comic using it as a meme when trolling comments sections on forums, chats, and message boards.

People will use the meme in many contexts, from being genuinely hurtful to making fun of someone for posting an arbitrary problem. The internet community produced several variations of this meme, and you’ll usually see it on platforms like Reddit and 4Chan.

Phrases Similar to Is this Loss

Phrases Opposite to Is this Loss

Ways People May Is this Loss Incorrectly

Some people may use “is this loss” in a sad or depressing context. However, it’s not really suitable for use in a conversation where you’re trying to sound authentic about someone’s loss. It’s also more prevalent in online use than in physical discussions.

Acceptable Ways to Phrase Is this Loss

You can use “is this loss” in chats and message forums across the internet. The phrase refers to the act of trolling someone about what they think is a loss. The poster might think it’s catastrophic in their lives, but other people in the stream might find it funny or decide to post the meme as a response to tell the person to stop posting about what bothers them.