Are you looking for a way to tell people it’s time to complete a task or action? You can use the phrase ‘ok, let’s go!’ to show your lack of enthusiasm.

The expression ‘ok, let’s go!’ means the opposite of what you would expect. The phrase looks like a motivating statement, and it intends to inspire people to take action.

However, when you listen to the original soundbite in the video, the speaker draws out the saying, making it seem like they don’t have any enthusiasm for completing the required task.

‘Ok, let’s go’ is the ideal expression for use in those life moments where you have to pull yourself together, but you don’t feel like doing so.

“Ok, let’s go! I have all these problems working against me, but I have to believe I have a chance at making it. It’s my only hope in life right now.”

“This is nothing. We’ve all gotta get through this stage alive to progress. Are you ready? Ok, let’s go!” 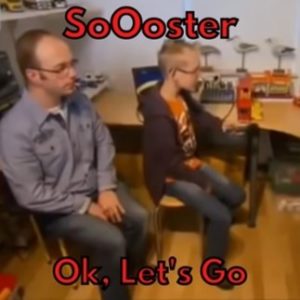 The expression ‘ok, let’s go!’ originates from a viral trend on the social media platform TikTok.  in late 2021. The trend references a video of a gamer saying, “Okaaay, let’s go!” He says it with a long, drawn-out cadence using a nasal tone that’s absolutely hilarious.

The sound bite comes from the Dutch TV show, ‘man bijt hond,’ which translates to ‘man bites dog’ and is a channel where people discuss their hobbies and interests. The video focuses on a gamer’s hobby of saying things into a microphone.

The hashtag #LetsGo has more than 7.5 billion impressions on TikTok. The soundbite features in more than 12,000 known videos.

Phrases Opposite to Ok Let’s Go

The phrase ‘Ok, let’s go!’ is a viral meme. It depicts someone trying to motivate themselves to perform, even though they don’t believe they have a chance of securing a positive outcome from the engagement. Using the saying to tell people to leave somewhere is incorrect.

You can use the expression ‘ok, let’s go!’ when you’re excited to start something. The phrase is a viral meme, with the original meaning being to pull yourself together during a poor performance in a game. You’ll use it to motivate yourself, even though you don’t believe you stand a chance in the game.

It serves as a motivating statement to yourself, amping you up to give your best performance. You can use the phrase when you’re pumping yourself up to do a task you don’t like. Or, you can use it to clear your head and refocus on the task at hand. It’s a viral meme, but most people will get the gist of what you’re saying when using the expression.