Are you talking with an upwardly mobile individual from Mexico City? You could say you’re talking with a ‘Chilango.’ However, is it safe to use this word when talking to Mexican people? Or is it racist?

The meaning of ‘Chilango‘ (t͡ʃiˈlaŋɡo) is a Mexican slang term and a demonym for the residents of Mexico City. The Mexican Academy of Language and Royal Spanish Academy state the official meaning of the word to translate as “belonging to Mexico City.”

A Chilango is a native and resident of Mexico City, the country’s capital. Many Mexicans based outside the capital use the term as a derogatory slur towards people living in Mexico City. These individuals see the Chilangos as snobbish and upper-class, disconnected from the rest of the Mexican culture and people.

Many Chilangos have European influence in their behavior, language, and fashion style. They are big-city types that feel they have moral superiority over other Mexican people from smaller cities around the country. The phrase can also relate to people that hail from the Chilango area.

“Chilangos think they are a better class of people than everyone else. Just because they live in the big city doesn’t mean they’re better than those of us that live in smaller towns.”

“Look at these big city types flooding or small town. I can’t stand this time of year. The Chilangos create traffic problems, and people are always on the street.”

“You might be a Chilango in Mexico City, but in LA, you’re just another joe blow.” 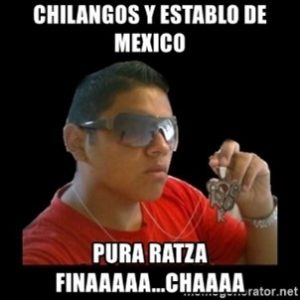 The expression ‘Chilangos’ has unknown origins. Language experts are unsure when the term arrived in the English language. However, some believe it arrived in the United States with the influx of immigration from Mexico starting in the 1980s, with the advent of the ‘Tequila Crisis.’

Economic migrants would leave Mexico for America to start a new life. These immigrants brought Mexican culture and language into the US, and it’s particularly popular in communities in the southwestern states and California.

Some people may use ‘Chilangos’ to describe people from South American countries or other Latin-American nations. However, the phrase is uniquely Mexican and doesn’t apply to different Latin-American cultures.

You can use ‘Chilangos’ to describe people that live in Mexico City. It also represents people that reside in larger cities in Mexico and Central American companies. When you use ‘Chilangos,’ you’re describing someone with a snobbish disposition that thinks they’re better than everyone else because of their living situation and education.

However, it’s important to note that ‘Chilangos’ is a uniquely Mexican term. Therefore, only people of Latin descent should use this term. White or black people using ‘Chilangos’ might be accused of racism. Chilangos is not a friendly term, and many Mexican people take offense to it.